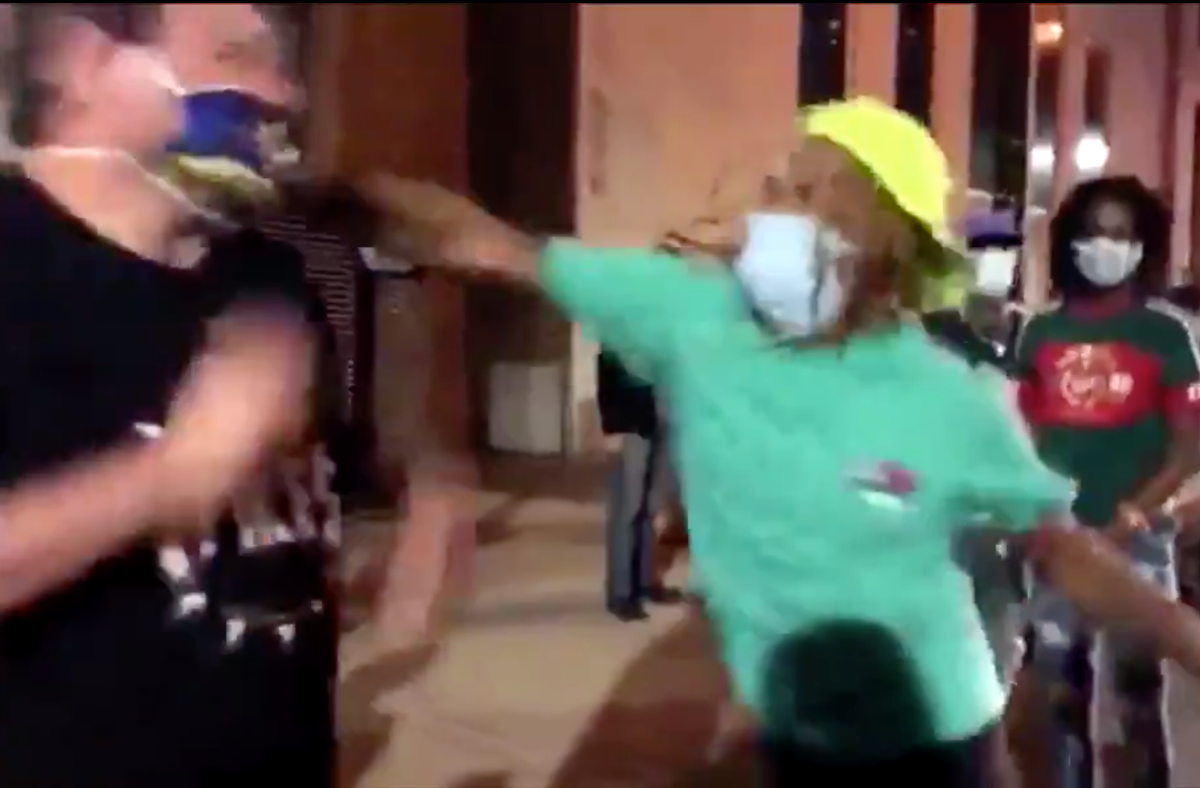 Two reporters from native Alabama media retailers have been beat up whereas protecting the protests within the coronary heart of downtown Birmingham on Sunday night time.

The reporters have been livestream broadcasting on Fb, and the stream captured the surprising incident, which occurred proper exterior of Alabama Energy Firm’s headquarters.

The Birmingham protests began out peacefully, however the crowd started destroying a Accomplice statue – which many see as an outrageous image of White supremacy and a continuing reminder of the Jim Crow period proper in the course of town’s capital.

A melee ensued, when the reporters started filming the lads who have been destroying the statue – and have been circulating the video to legislation enforcement.

When the gang realized what the journalists have been doing, they turned on them.  Watch as a bunch of masked males have been recorded hitting Stephen Quinn with ABC 33/40 over the again of the pinnacle.

After which stomping him out.

Right here is the video: